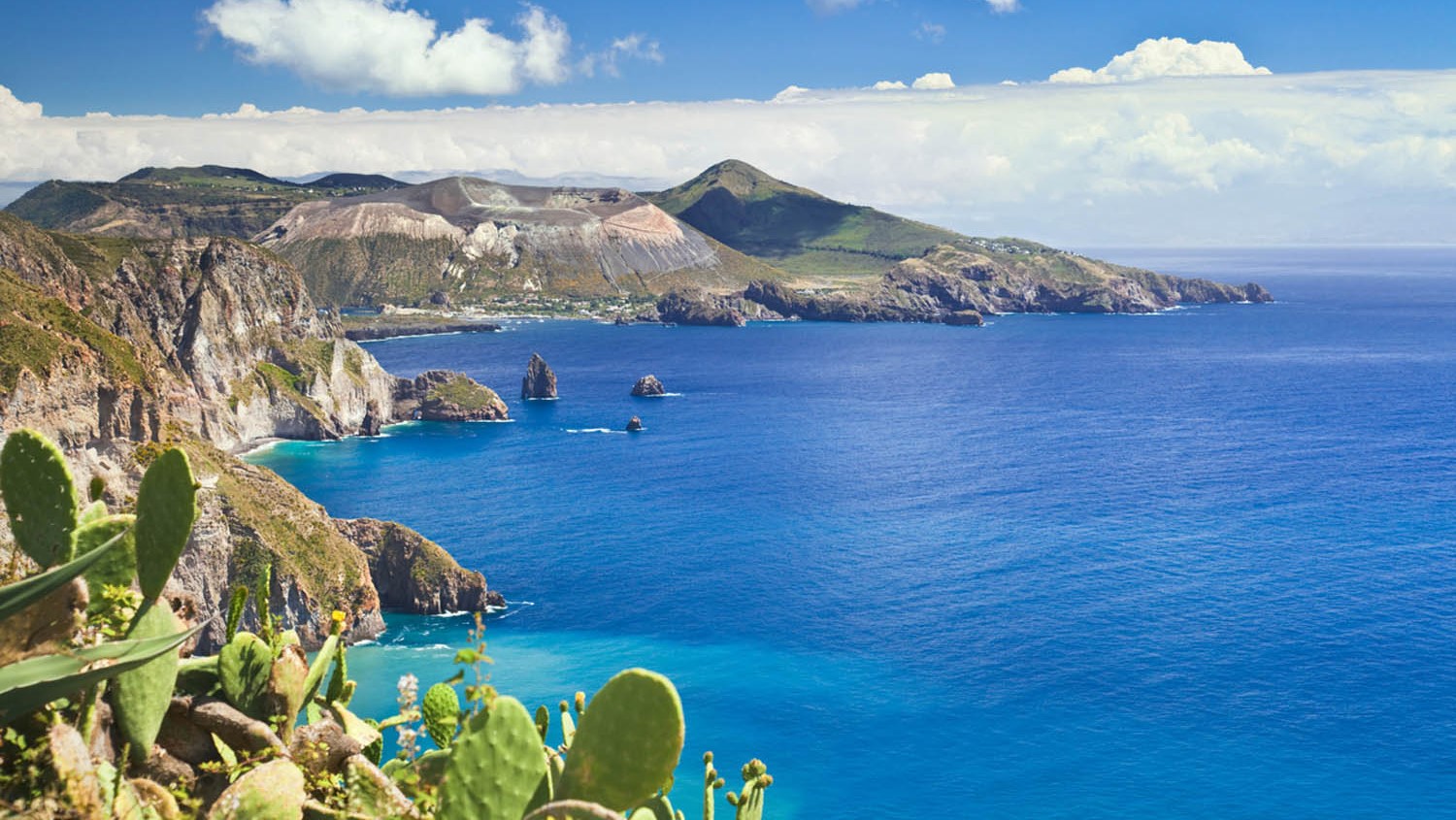 Lipari is the largest island of the Aeolian archipelago. The main streets are Corso Vittorio Emanuele where there are many shops, Via Garibaldi and Via Francesco Crispi, known as Marina Lunga, which is the waterfront of the central area of Lipari and linking with the village of Canneto.

Piazza Sant’Ugo Onofrio, known as Marina Corta and main square of Lipari, it is very popular both by tourists and inhabitants of the island thanks to the presence of several bars, restaurants and souvenir shops. Moreover, its shape is very characteristic and in its little harbor the fishing boats are moored.

The other square of considerable interest is Piazza Giuseppe Mazzini from where you can access the Castle of Lipari.
In the Castle, located on a promontory, are the medieval towers of the XIII century, the Norman Cathedral of 1084 and the remains of the

Norman Abbey.
Inside the castle there is also the Aeolian Regional Archaeological Museum, one of the most important in the Mediterranean, in which there are fifty rooms with exhibits of vases, ceramics, theatrical masks, etc.

Lipari Aeolian Islands hotels for your holiday in Sicily.